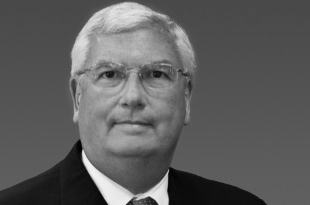 Stephen brings to the advisory board over three decades of exemplary commitment to the environment. Within the EPA, he controlled a $7.7 billion annual budget and managed over 17,000 employees. He is also the recipient of the White House’s Presidential Rank Award, the highest award bestowed to civilian federal employees. Before working for the U.S. Government, he held a number of positions in laboratory and bio-technology companies. He was also the director of Hazelton Laboratories, now Covance.

Stephen began working at the EPA in 1979. He had been working at a private lab, Litton Bionetics Inc., in Washington. Johnson’s rise from career scientist to EPA chief began in 2001, when he made the jump from civil service bureaucrat to political appointee after serving as the acting deputy administrator in 2003 and then in January 2005 the acting administrator of the EPA. On March 4, 2005, President George W. Bush nominated him formally for the permanent position. He became the first career employee to hold the position of Administrator and the first scientist to head the Agency. His tenure as Administrator of the EPA expired on January 20, 2009. Stephen received a B.A. in Biology from Taylor University and a Master’s Degree in Pathology from George Washington University. He has also been awarded honorary Doctor of Science degrees from Taylor University and Wesleyan University.