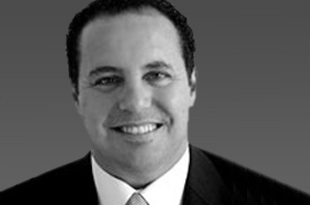 ED: Hello Alain, let’s start off with how you present a compelling case for Ener-Core?

AC: There is a shocking comment I like to make that gets people’s attention at cocktail parties. I like to say that air pollution is not a problem, period, it is a symptom. By this I mean industrial air pollution specifically, which is responsible for 36% of global greenhouse emissions.

Air pollution is a symptom of industrial inefficiency. If an industry is 100% efficient it will waste nothing.

But industrial air pollution is happening, and the public has responded to that and as a result you have all these environmental ministries, like the EPA in the US, roll out new policies to control emissions and those policies gave birth to an entire new industry called emissions destruction. There are hundreds of emissions destruction solutions out there. But emissions destruction is not a solution, it just makes the underlying problem seem less apparent.

So if you can hone in on the underlying problem of inefficiency then it makes financial sense because it makes the firm more competitive and the air pollution just magically disappears.

ED: The corollary that I use is that nature is a zero-waste system, every output in nature feeds the next input and industrial capitalism needs to evolve to a zero waste system where every output is used to feed some new process and then pollution just goes away. No waste means no pollution.

AC: Yes, I have often said that we need to learn from nature in everything, in medicine, industrial processes, capitalism needs to learn from nature. I don’t think that capitalism is wrong, I support capitalism, but I think capitalism is an evolving system. Nature has already evolved, it has already balanced itself out. So we can wait for capitalism to balance itself out, or we can look to more evolved systems like nature with its zero-waste system, and try to figure out how to give capitalism a nudge so that it can stop being so wasteful which is ultimately a detriment to all of us who are trying to raise children and prosper.

ED: What are your target markets?

AC: Target markets are any industry that has an undesirable by-product gas that has proven to be difficult to make any use of, hence these industries typically flare or vent these gases. We are looking at locations like refineries, gas processors, and petrochemical plants that are making plastics and all sorts of oil derivatives.

Waste-water treatment sites are fantastic, so are alcohol distilleries. We are doing two systems with an ethanol company as we speak. We are looking at steel mills, landfills of course, coal mines also need to vent methane and have huge ventilation systems, but it is weak gas and could be a good market for us.

ED: Do the gases need to have a certain amount of methane in them?

AC: Very small amounts, most power systems require at least 35% methane, but we can go all the way down to 3% methane. It can be a very weak gas because we are not igniting the gas. So we can work with gases below the ignition level in terms of energy content.

Those kinds of gases are a very serious issue in many industries because in most developed countries the environmental regulations require that industries reduce their emissions to some preset level and usually to do that they flare them, but many of these gases are so weak that they cannot be burned in their native state so the companies end up purchasing perfectly good natural gas to mix with their weak gas in order just to burn them both. We see a lot of this happening, even though it does not get reported very much. It is an embarrassment so no one is putting it on display. It costs an insane amount of money that you would think be better served by making the operations more efficient.

ED: Where did the Power Oxidation technology come from?

AC: The breakthrough was to be able to anchor an accelerated oxidation reaction without a catalyst. In other words, we can make gases oxidize like they do in nature, except instead of over a period of 15-20 years can we do it in 2 to 3 seconds, without a catalyst. The catalysts were getting in the way of processing a lot of low grade fuels because of all the impurities.

The problem with the gases we use is not just that they have low BTU, but they are very impure, they have hydrogen sulfide, or siloxanes, or it is sour gas with all sorts of chemicals in there. And these chemicals wreak havoc on any kind of catalyst, but also on combustion processes because combustion takes these chemicals up to a high temperature of around 1500 F where they form nitrous oxides and cause problems for the power gen equipment as well as creating air pollution.

ED: What happens to the contaminant molecules?

AC: You have a few things, we oxidize the gas molecules very quickly, and the solid impurities collect on a filter that we have in the system. We have a very sophisticated filter and it accumulates any solid state impurities that are in there. During routine maintenance you take the filter out and clean it and put it back.

ED: And what comes off the filter is waste for a landfill?

AC: Yes, but is a very small amount, a residue.

ED: Tell me more about how oxidation works.

Now when we release an industrial waste gas into the atmosphere it goes up into the atmosphere to altitudes north of 15,000 feet or even much higher. Now up at those altitudes there is very little oxygen and it is very cold which prevents oxidation from happening, so the molecules accumulate up there.

So we are putting greenhouse gases that have heat trapping qualities up into an area that is cold and low-pressure where it takes an incredibly long time for them to oxidize.

And our system will consistently find that sweet spot in real time and make adjustments to maintain it. The gases we get from an industrial plant are inconsistent, so the pressure and temperature need to change to keep it in the sweet spot. We have a real time algorithm that is constantly assessing how the oxidation is going and making adjustments.

ED: How do you monitor it?

AC: We monitor it by the heat output, we are making heat that is coupled to a turbine to make electricity or a boiler to make steam. We know when the temperature starts coming down that the reaction is drifting away from its optimal zone, so we give it a nudge to get it back. We generally vary the pressure using the compressors from the turbine. We also have propane available for heat, but that is mainly for getting the system started, we rarely use it in operation, we usually just adjust the pressure.

ED: So this is all computer controlled, you would not have been able to build this back in the 50’s with analog equipment.

AC: Yes, that is a good point. It is no mystery how to oxidize fuel below the ignition point. People have done it for a long time, but what they could not have done in the 1950’s is anchor the process so it runs 24/7, particularly as fuel conditions are changing. That takes computer power.

ED: Can this unit be mobile? Can it be deployed in the field?

AC: Not the current unit, but we believe it can be in the future.

The unit also has an 8-10 hour start-up time. It takes that long to get the oxidation reaction into its optimal zone, so that is not very conducive to mobile operations. We have looked at drilling sites and fracking, but that is not our low hanging fruit.

ED: How much does the system cost and the electricity produced cost effective?

AC: The electricity is cost effective, and it gets more cost effective as you go up to the larger systems. We started at 250 kW, now we are installing a 1.75 MW system, and then we intend to jump to a 5 MW and a 10 MW system.

With the 1.75 kW system we break even with electricity at around 6 cents a kW/h. With the 5 and 10 MW we think we will break even at 4 cents. With the smaller systems, the 250 kW, we are not as competitive, more like 9 cents, which is why the world always wants to move to larger systems.

We have been to some big refineries that we have calculated could generate 75 MW from their waste gases where they only consume 20 or 25 MW. So they stand to be able to generate all of their onsite power and sell power back to the utility.

Refineries are excited to do it, but not with our current 1.75 MW product, they don’t want to install 40 units, they want to install seven or eight 10 MW systems. The 1.75 MW units are good for wastewater treatment, landfills, ethanol plants, that kind of scale.

And while I am proud of the environmental benefits, I am more proud that these make economic sense. There are plenty of folks out there who don’t buy into global warming, or appeals to be more sustainable, but they will move for money.

ED: The morality argument only gets you so far, you need to make the business case.

AC: That’s right, so I am proud that here is a company, an ethanol plant, that has already pulled the trigger to spend $11.5 or $12 million to install a system that is going to be fueled by waste gas and they have already publicized that they expect to save $4 million per year in energy costs. Which means they get a full payback in less than 3 years, and once it’s paid off they will have an operating cost lower than any other ethanol plant in America. This gives them an undeniable competitive advantage because they will be a low cost producer.

Their competitors will still be spending $3 or $4 million to buy power while these guys will be producing their own by using a waste gas that until now had been costing them money in terms of environmental compliance. And when it is all said and done they may prove to be the cleanest ethanol plant in America, not guaranteed but certainly possible.

Once that got announced we started getting calls from all their competitors to find out how they can get these systems for themselves.

ED: Thanks Alain and good luck. 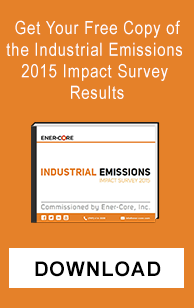